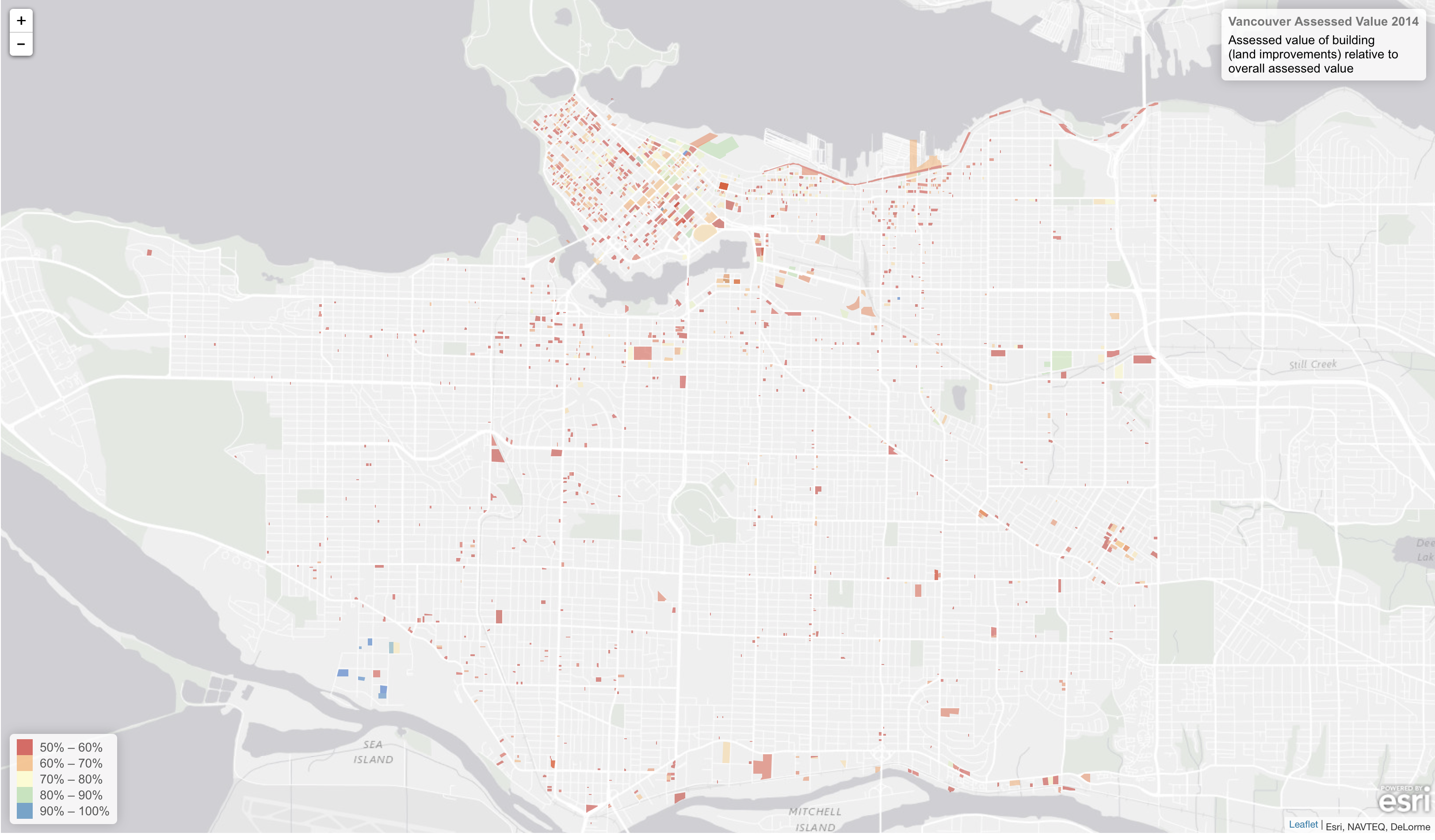 After the teardown map that looked at the low end of Vancouver’s building stock, a natural question is to look at the high end. Just as before, we are focusing on the (assessed) value of the building relative to the total (assessed) value of land and improvements. We defined “highly improved” properties to be properties where the ratio is at least 50%, so the building is worth at least as much as the land it is built on.

That’s actually a pretty high bar in Vancouver, less than 1500 buildings pass that muster. And in concordance with the teardown map, the “high value improvements” seem to concentrate in downtown. See the map below the fold to explore for yourself.

When browsing the map it becomes clear that some properties have “high value improvements” because of an abnormally low land value, rather than an abnormally high improvement value. This is probably due to intricacies of zoning in Vancouver that maybe someone else can shed some light on.