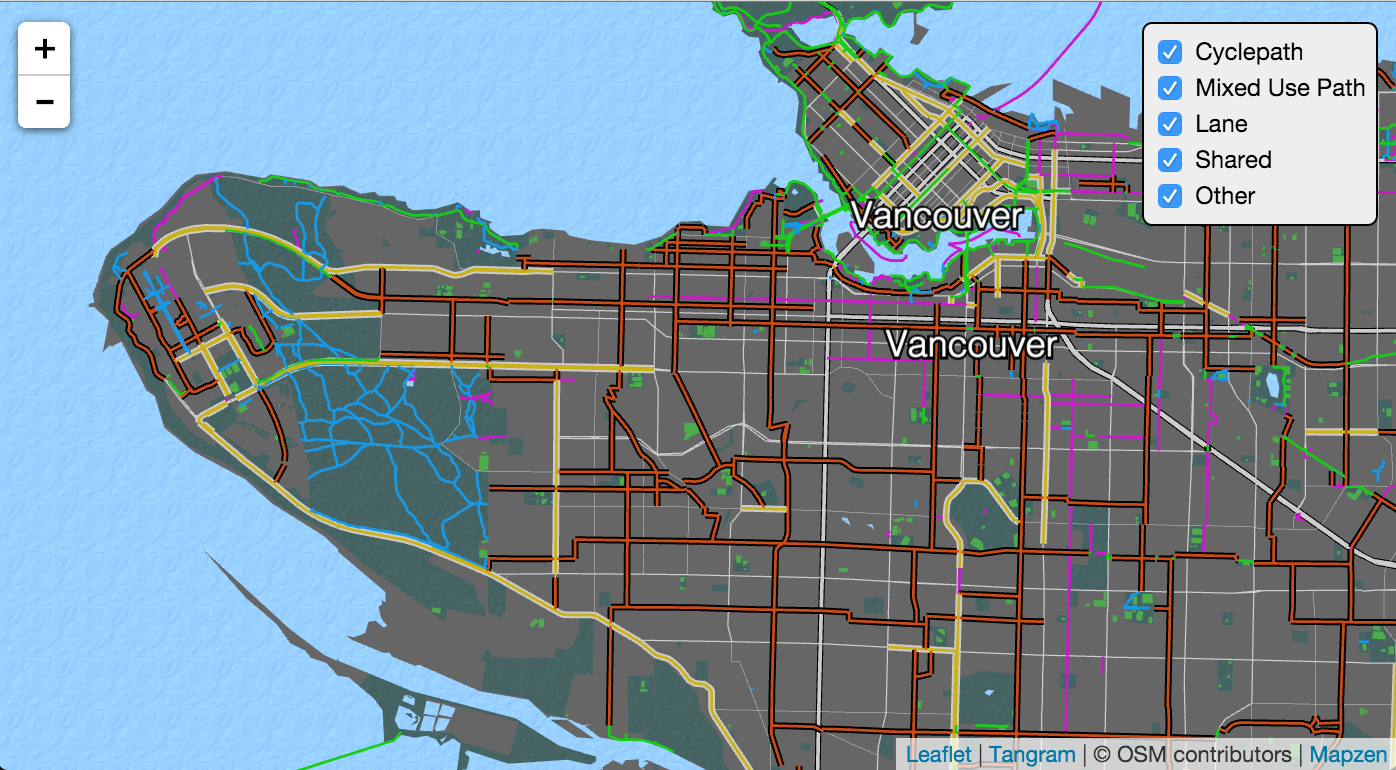 Routing is a hard problem. Routing for drivers is pretty good at this point, mostly because we have been very good at designing for cars and creating predicable infrastructure. Routing for bikes is a whole other story, data quality is poor and the physical infrastructure is, at least in North America, not strongly predictive of cycling comfort/safety. And cycling comfort/safety is the top priority for the vast majority of (potential) cyclists.

And it’s the ones that don’t cycle frequently, often out of concern for safety, that would benefit most from effective bike routing.

Read on or go directly to the routing demo.

Google does a decent job directing a relatively experienced cyclist from A to B, but it has a hard time to learn about places where cyclists can go but cars can’t. And it won’t be able to answer my fundamental question: Can I bring my 6 year old along?. And Apple doesn’t even try and offer bike routing.

So what’s really needed apart from better bike maps is better bike routing. So building on yesterday’s post, I decided to take a quick look at routing. Time to try out Mapzen’s routing engine which, as expected, was really easy to set up:

Feel free to drag the endpoints to test your favorite routes.

Initial testing seems to indicate that this works reasonably well. And while the engine allows for some customization on rider needs, right now there is no way to get the “dad’s routing” that I would like to have.

Part of the problem is of course that I still don’t have enough information in OSM to even make a “dad’s map” as I lamented earlier. But at least OSM gets me half-way there by giving me a finer control over distinguishing infrastructure that I may deem as generally more suitable so that I can fade selected bike infrastructure out by checking the appropriate boxes in the map.

Where to go from here

Wrapping up the three-night trials in bike mapping is the post on data.