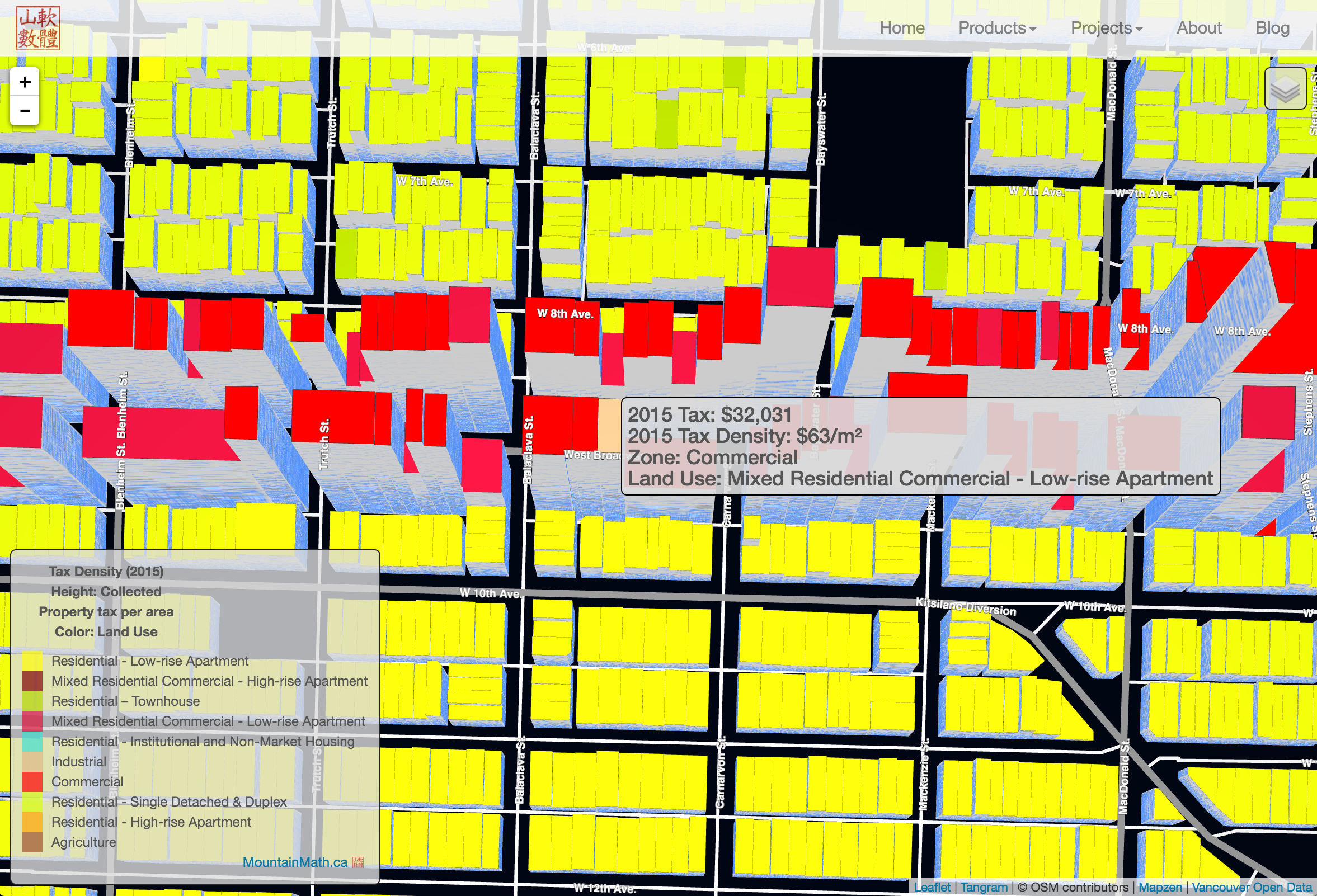 The effect of the unequal tax rates is quite stark when visualizing taxes collected per area. And this keeps residential property taxes low.

If Vancouver were isolated from everyone else it would not make much of a difference. Stores pass the higher property taxes on to residents by charging higher prices, and offices pass them on to employees through lower wages. Things get more complex when Vancouver is seen as part of metro, or Canada or in the world. But that discussion goes into a different direction.

On the interactive 3D tax density map we can clearly see that the some mixed use properties (in darker red) generate lower total property taxes than comparable pure commercial properties nearby. We will explore this in more detail in the next section.

For Vancouver it is also important to note that commercial leases are generally trip net, in particular the tenant pays the property taxes. And they are quite substantial. The important number is the gross rent, which is the sum of rent, taxes, utilities and other costs borne by tenants. That number is determined by the willingness of a tenant to lease the commercial space, which in turn determines the rent a commercial landlord can charge for the space. In theory at least, in practice some commercial landlords develop a relationship with their tenants and don’t increase rents for old tenants as much as the market would bear.

Taxes for Commercial vs Mixed Use

Let's look at and example, the adjacent properties at 3071 and 3063 W Broadway. The first is single story commercial, the latter two story mixed use. They have almost identical lot sizes and assessed land and building values, with the mixed use property having slightly higher overall assessed value.

Feel free to play with the tax density and land use map and click into properties to see a more detailed break-down of taxes. Be warned that the land use dataset is not perfect in identifying every commercial vs mixed use place. 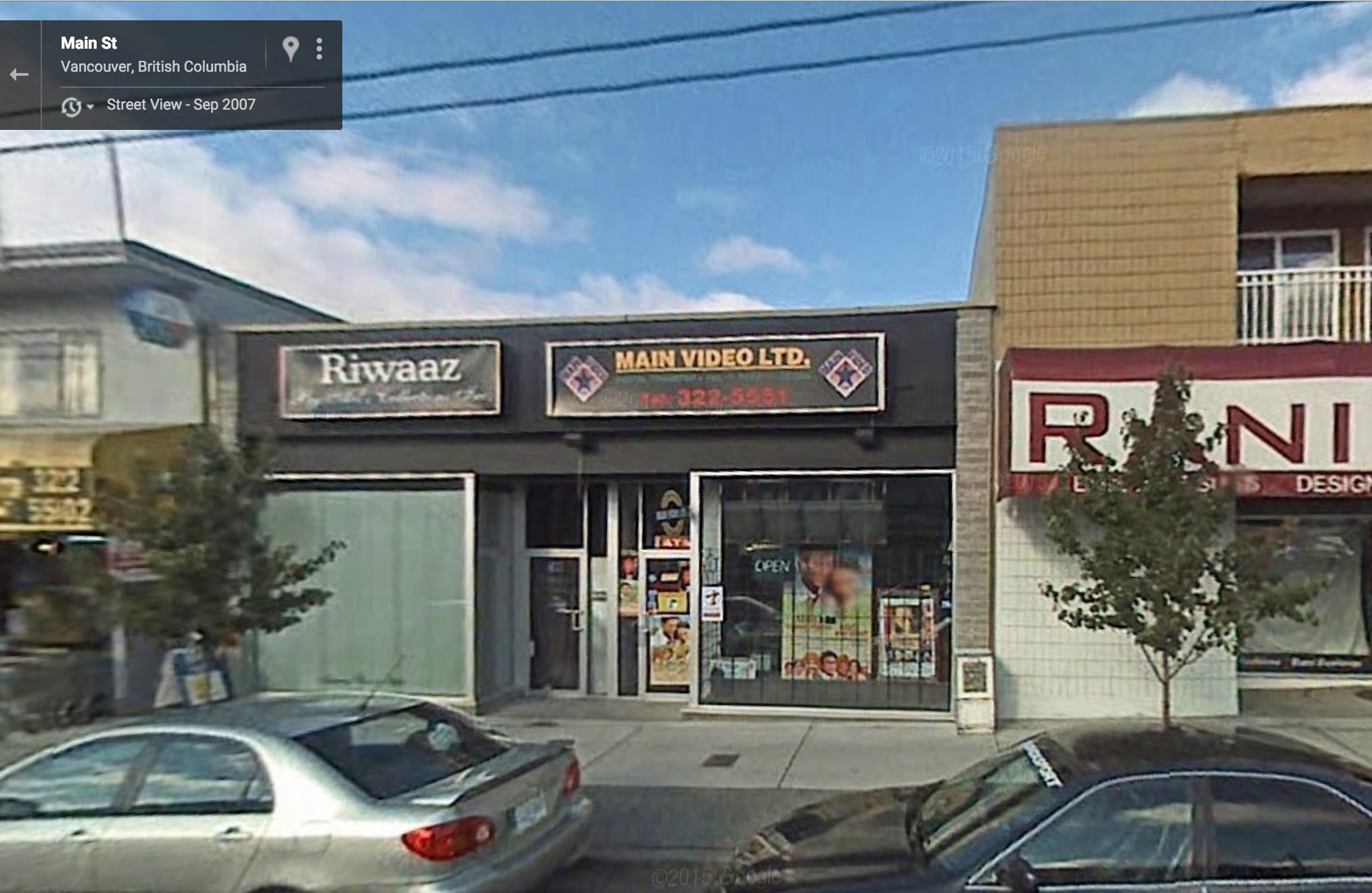 Let's see how this works when a property gets re-developed. To keep things simple, let's look at something that went from single story commercial to two story mixed use. 6621 Main Street got re-developed around 2009/2010 and now spans addresses 6615, 6621 and 6623. 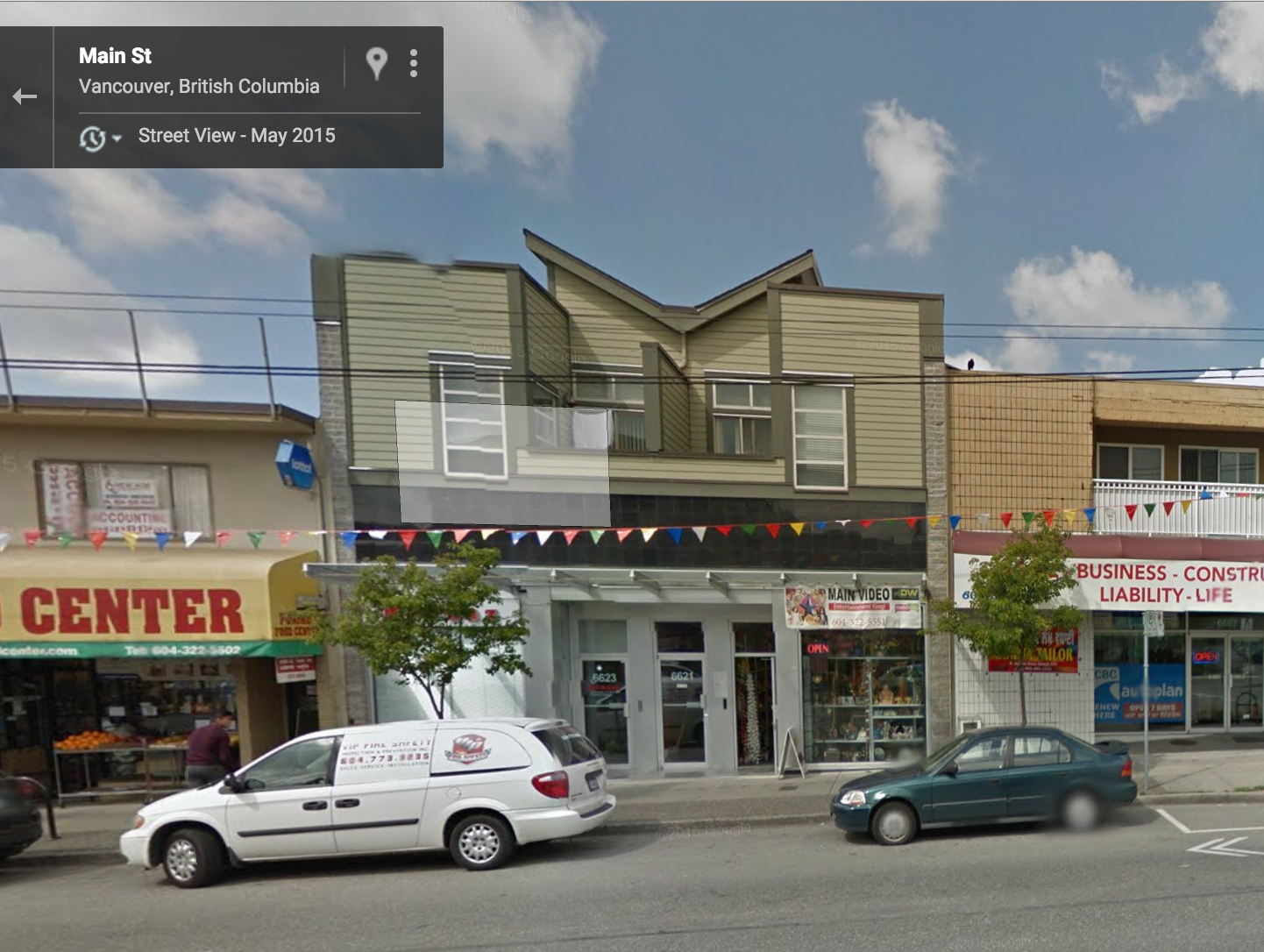 For comparison, the commercial property next door saw their property tax climb lightly from $20,754 in 2009 to $20,794 in 2010. So the decrease in property taxes we see is really due to the re-development to mixed use.

So what’s the bottom line for mixed use re-development? Overall it looks pretty good, let’s go down the list of all parties involved.

The property tax rate goes down substantially, but rent will go up as the gross rent is determined by the market. So not much changed assuming the form factor of the stores stay the same. In theory at least. If the commercial land lord was giving a long time tenant a break on their rent before re-development, the tenant will have a hard time to find a different commercial location with comparable gross rent.

Added supply can only help. In some cases units will get stratified and sold off, in other cases the property owner keeps the residential units as rental.

Especially with the recent change in lending practices that focus on cache flow, mixed use re-development becomes very attractive. After re-development, landlords can charge higher rents because commercial property taxes go down. And they can rent out the residential units for added cash flow. That way, when they take that property to the bank to get a loan for their next project they can show a large cache flow and get a bigger loan. And the re-development cycle keeps going. And with almost everyone re-financing their properties a couple of years ago at roughly the same time, when interest rates hit rock-bottom, everyone is now gearing up at the same time to re-develop.