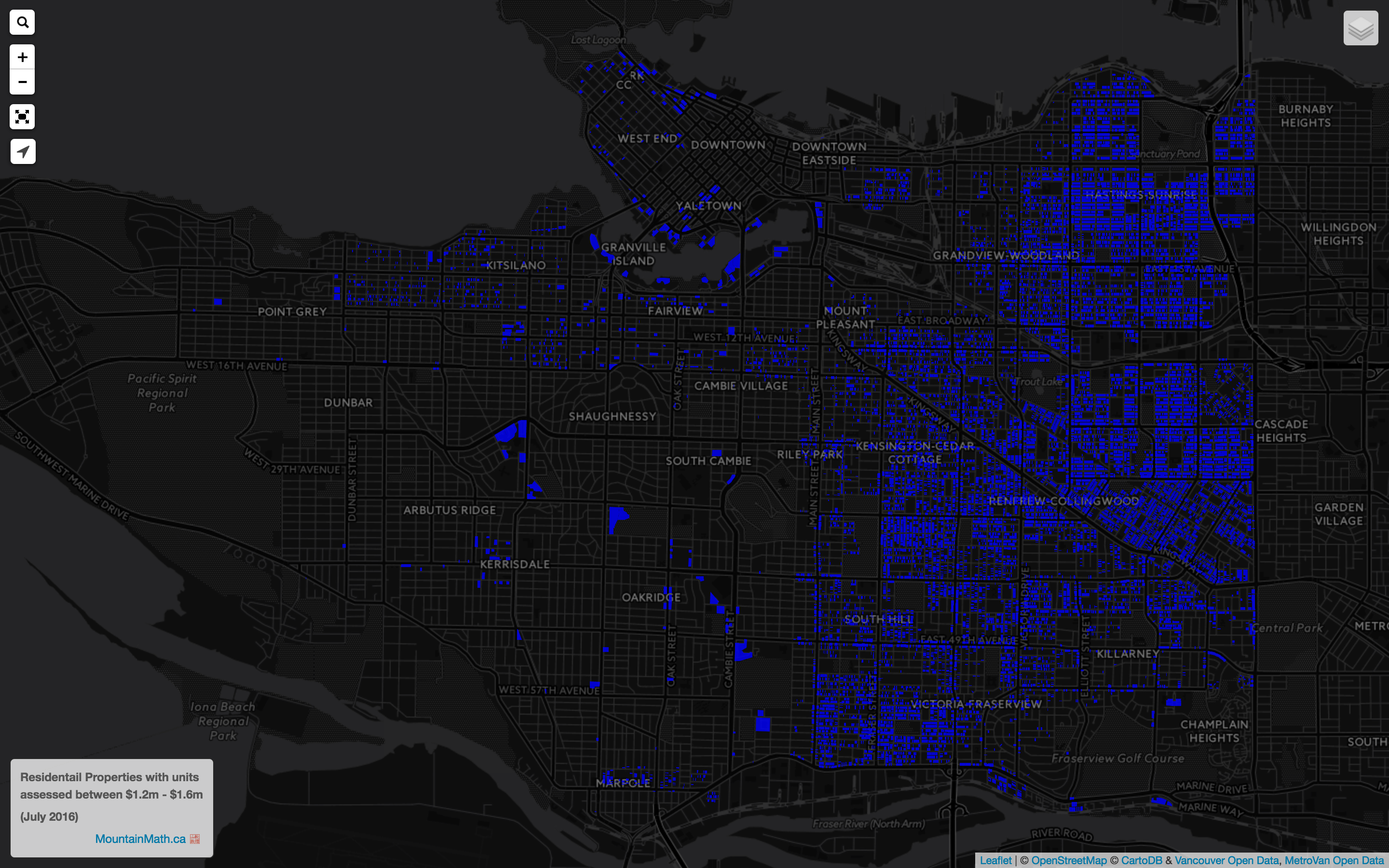 Earlier this month the province increased the threshold for the homeowner grant from $1.2 million to $1.6 million dollars. It’s an election year, and with the BC Assessment data for the City of Vancouver now being available via their open data catalogue we can ask who exactly this move was targeting.

Restricted to the City of Vancouver, the answer is quite simple. There are about 24,000 single family homes, 1,200 duplex units and 4,000 condo units in that bracket. 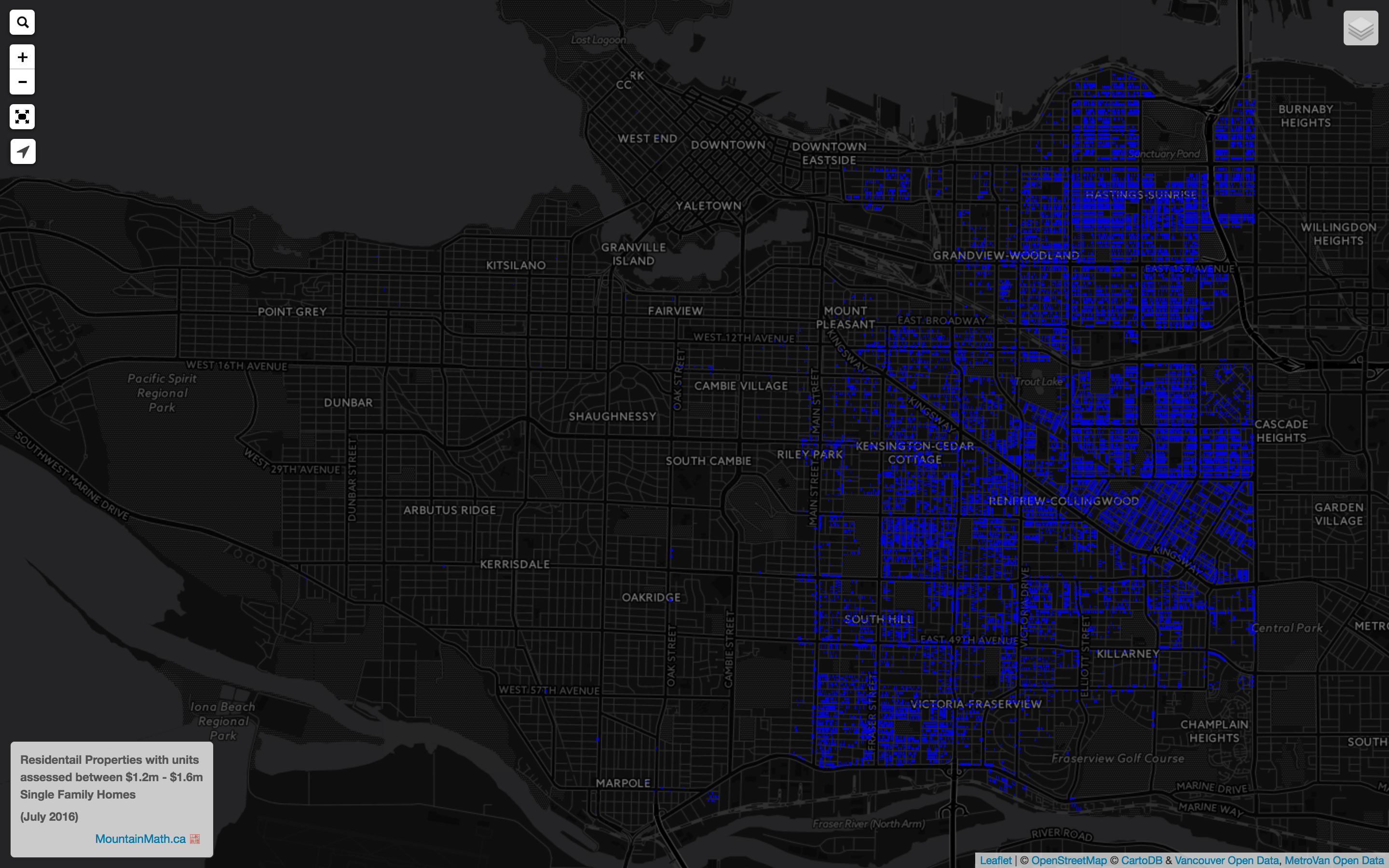 One could be lead to think that Main Street is the “$1.6m line”. But of the single family homes east of Main, these only make up just over half of the properties there, there are almost as many that are assessed over $1.6m and almost 2,000 assessed under $1.2m.

Yes, that’s right, there are 1000 single family homes with 2016 assessment below $1.2m and 2017 assessment over $1.6m. I pity them, having to pay an extra $50/month in property taxes just because the province did not care about them enough to set the new threshold higher than $1.6m.

How to get the grant if you are renting?

You can’t. And your landlord can’t either. No matter how much your unit is worth, the province won’t be cutting any checks to lower your rent by $50/month. The homeowner grant is just one of the many perks exclusively available home owners.