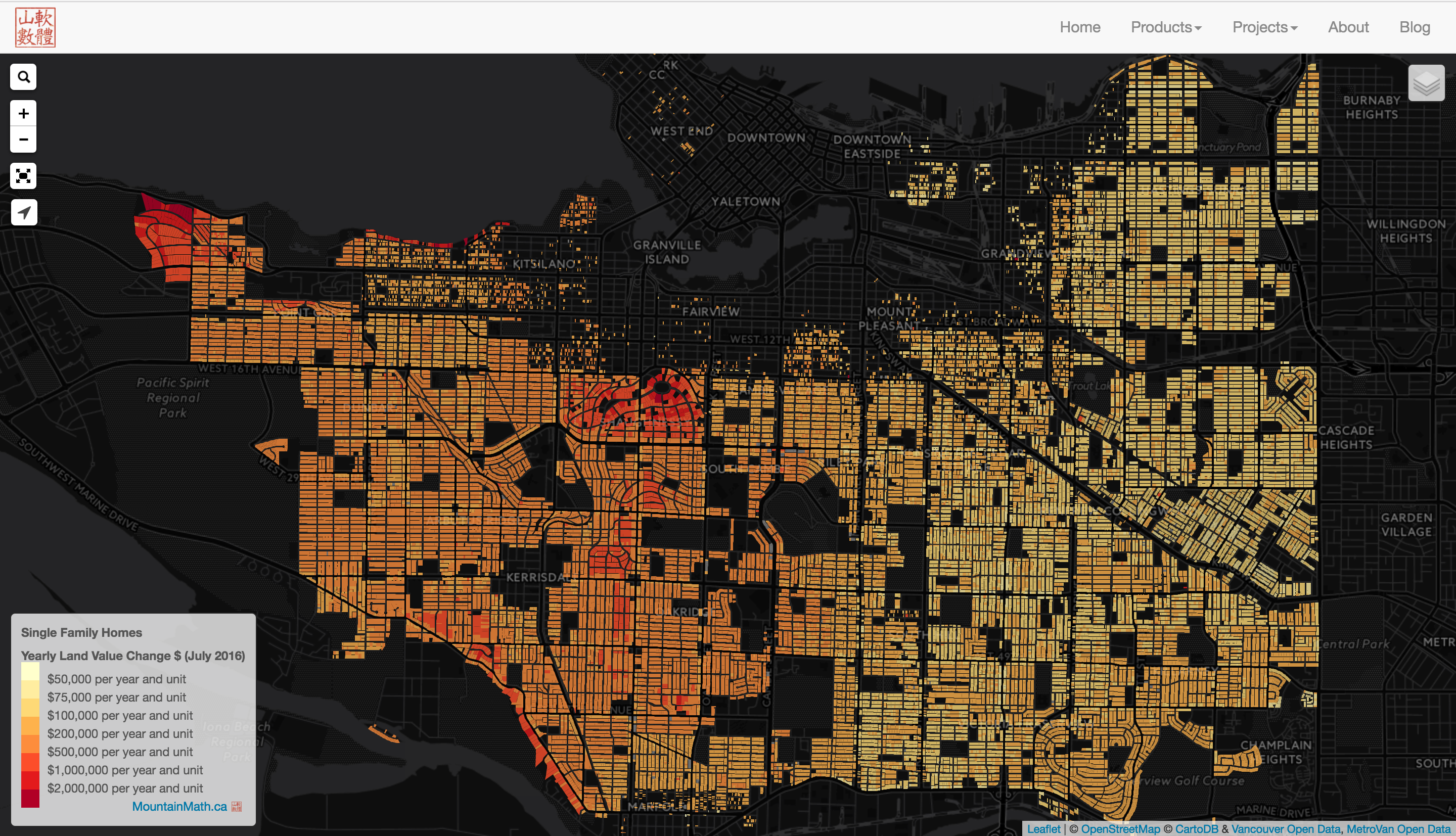 With the new assessment data available now, it is time to run the numbers and see how our thumb-twiddlers fared vs workers this year. If you thought last year’s twiddling thumbs returns were crazy high, you better hold onto your hats!

Not much changed in terms of the income people earned. CANSIM does not make the taxfiler data freely available at the municipal level, we we will again estimate the cumulative income for residents of the City of Vancouver by using 2010 Census data and extrapolating by applying the Metro Vancouver rate of income growth.

Let’s compare this to how much Vancouver home owner households “earned” last year by twiddling thumbs while sitting on their property. To keep things simple and consistent with last year, we again focus on just the single family homes (SFH). And again, we only consider land value changes, after all changing the building value because of renovation or rebuilding certainly does not happen by twiddling thumbs.

So while last year the twiddling thumbs return were still comparable to the cumulative income in the City of Vancouver, this year the thumb twiddlers blow the income earners out of the water. Just by by twiddling their thumbs, the SFH property owners alone earned twice as much as the entire population of the City of Vancouver did by actually working. And in most cases homeowners won’t pay taxes on their thumb-twiddle earnings, although the CRA recently made it harder with their new reporting rules.

We are glossing over a couple of details here, for example the numbers are not adjusted for inflation, and costs like property taxes and property transfer tax are not taken into account.

Of course, comparing income from work to income from twiddling thumbs is not entirely fair. The income from twiddling thumbs is frozen in the property until the owner sells. But gains accumulate over the years, and eventually everyone sells and realizes the gains (or passes them on to the next generation). And it’s always good to remember that “house-rich cash-poor homeowners are one transaction away from simply being rich renters”.

Most people don’t trade houses like stocks, so what really matters is the long term gains, not the year to year changes. The 11 year timeframe for which we have data roughly matches the average holding time for a single family house. The year over year changes in land value vary dramatically, as the image shows and can be explored further using the interactive version.

We mapped the land value gain averaged over 11 years. We can observe that the average yearly increase depends on the square footage of the property as well as the location. The rates are mostly uniform throughout the city (with some notable exceptions), but properties starting out with a higher value will see higher total value increases. It’s probably fair to say that even using the 11 year average, most homeowners “earned” more money twiddling thumbs than pursuing a more traditional employment.

Here is the raw output of the stats run on the single family properties for anyone interested.

The total number of units for the 2006 to 2017 analysis are a little lower since not all properties can be traced over that time period without resorting to more tedious analysis.