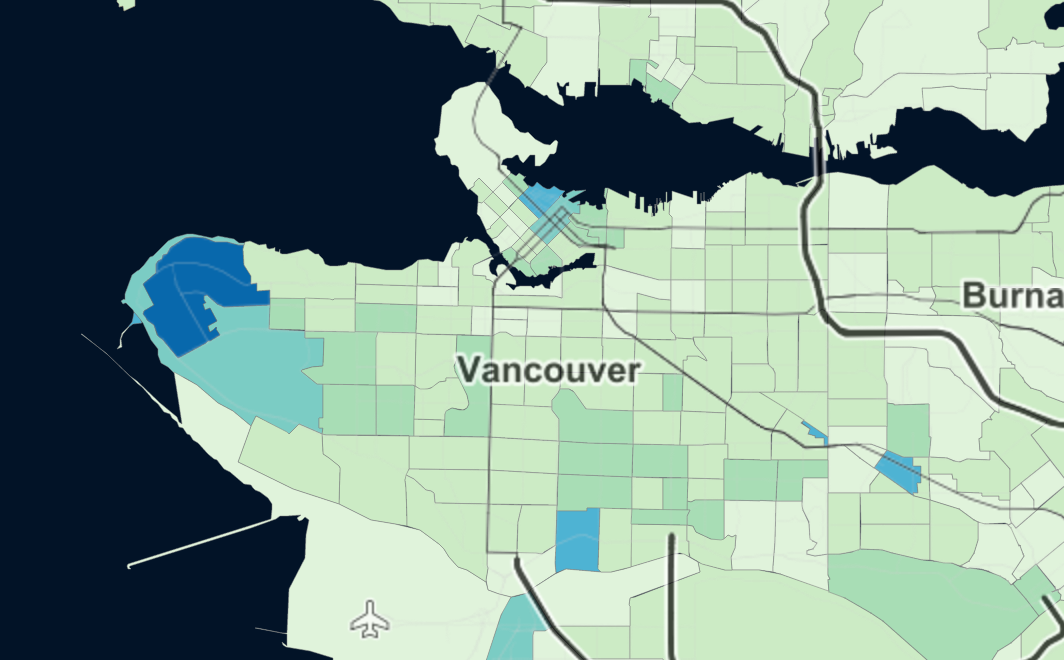 There has been some recent confusion that got confounded further about transit-oriented development in Vancouver harbouring a large number of non-primary residence homes. Good data is important in moving forward in Vancouver’s crazy housing market. Without proper context, a couple of data points can serve to paint a very misleading picture of what is happening. So I decided to fill in some gaps on the very narrow question of understanding the CT level numbers that get tossed around. No deep analysis, just looking into the CTs in question to see where the numbers that the census picked up came from.

Comparing any of these very recent developments to the much older Coal Harbour makes no sense. Coal Harbor is still “filling in” although at a stubbornly slow rate. It will be interesting to see if the new vacancy tax can help speed that up. 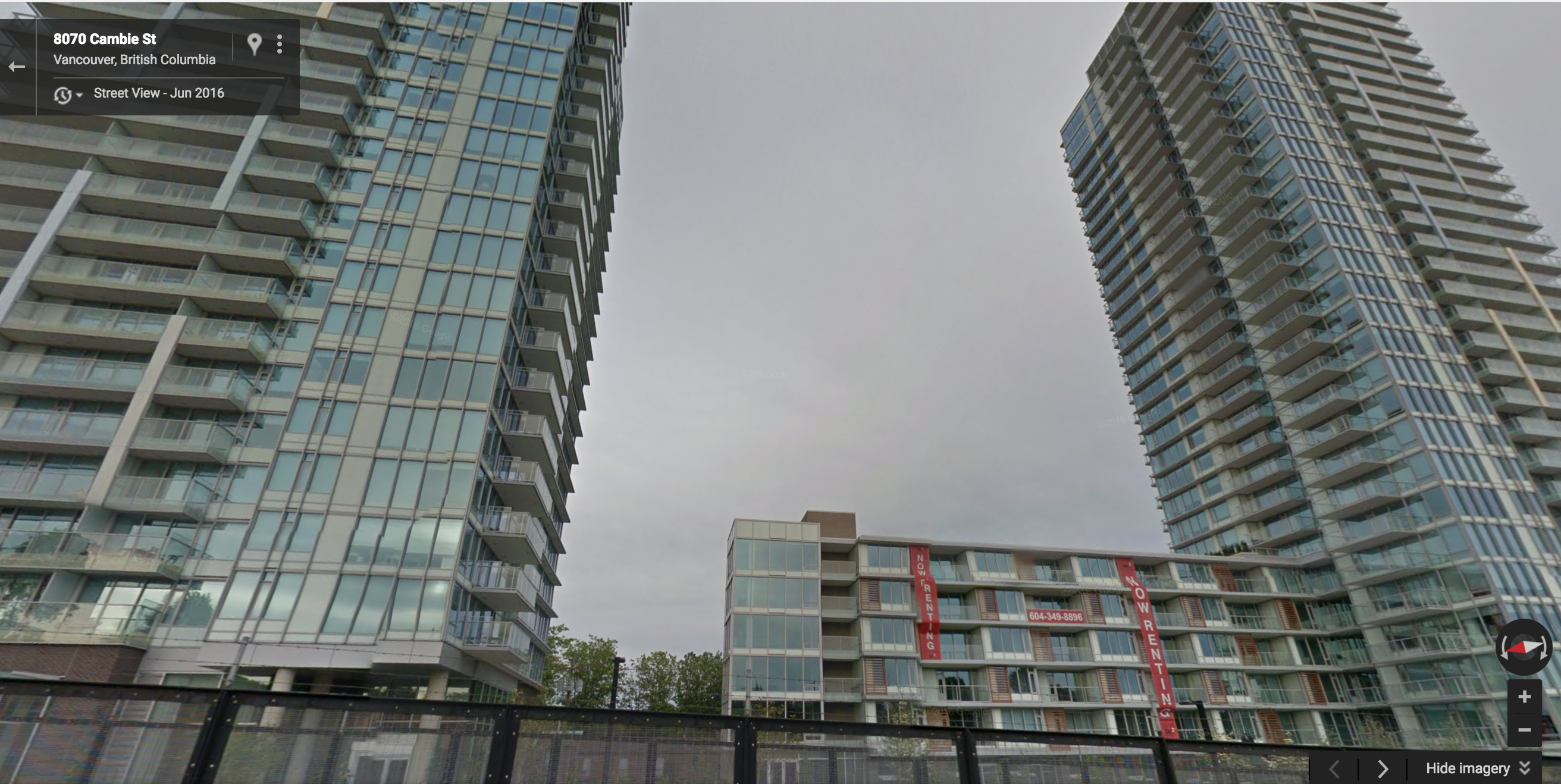 What needs further sleuthing is the rate of 10.1% for the rest of the CT, which is significantly higher than the baseline of 5.4% in 2011. There are no other larger pockets of increase of non-primary residence units in that area. This is might be best analysed in conjunction with similar increases in non-primary residence dwellings in some other single family neighbourhoods and goes beyond the scope of this short note. 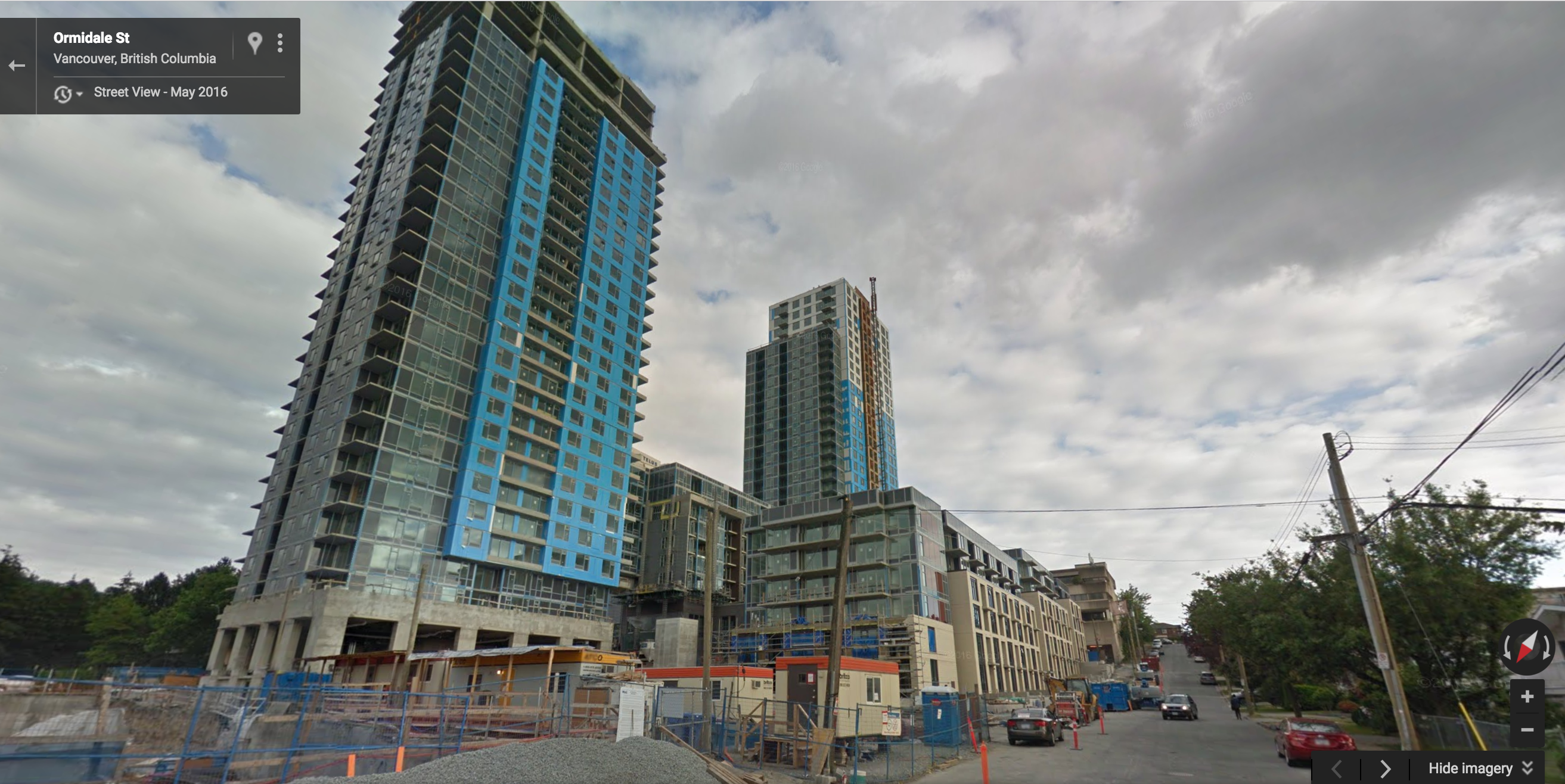 The story for Joyce-Collingwood is quite a bit cleaner (but holds some data complexities that manifest themselves in geocoding changes between censuses that can mess with fine-grained data).

The articles focus on the increase by 609 CT-level non-primary residence dwelling units at Joyce. The articles hypothesise that “Speculation is one of our prime suspects” and “We don’t know why, but we know it’s concentrated in a few neighbourhoods.” without making any effort to look beyond CT-level data to find out.

Diving in we see immediately that the Dissemination Block at the north-west corner of Kingsway and Boundary had 707 non-primary residence dwelling units in 2016, vs 3 in 2011. That’s a net change of 704 non-primary residence dwelling units in just that block. It block contains the Wall Centre Central Park development, that completed shortly before the census. The census counted 713 units, only 6 of which it found occupied.

At the same time, population dropped by 161 people in this block, as the previous single family homes made way to the new development, easily explaining the drop in population by 57 in the CT level data that has people scratching their heads.

So what’s the rate of non-primary residence buildings once we take out the Wall Centre Central Park that got completed just before the census?

The high rate of non-primary resident units in 2011 in the Olympic Village should be seen in the context of the City’s decision not to sell the units below cost but hold onto the units and sell them at a later point when the market recovers, which eventually paid off.

To understand the current overall rate of 9.4% non-primary residence units, it is instructional to simply zoom into the block level data and observe how the rates change depending on the completion time of the building.