Vancouver had elections on Saturday, today Toronto had their elections. And as opposed to Vancouver, Toronto has wards. Which makes things more fun, as we can look at census data for each ward to understand how people voted in the ward. We ran a very similar type of analysis the other day for Vancouver, so this is an easy add.

The Toronto Open Data catalogue has data for the ward boundaries and a custom tab with census data. All we need to do is download the data and link them. To check that it works we start with a population density map by wards. 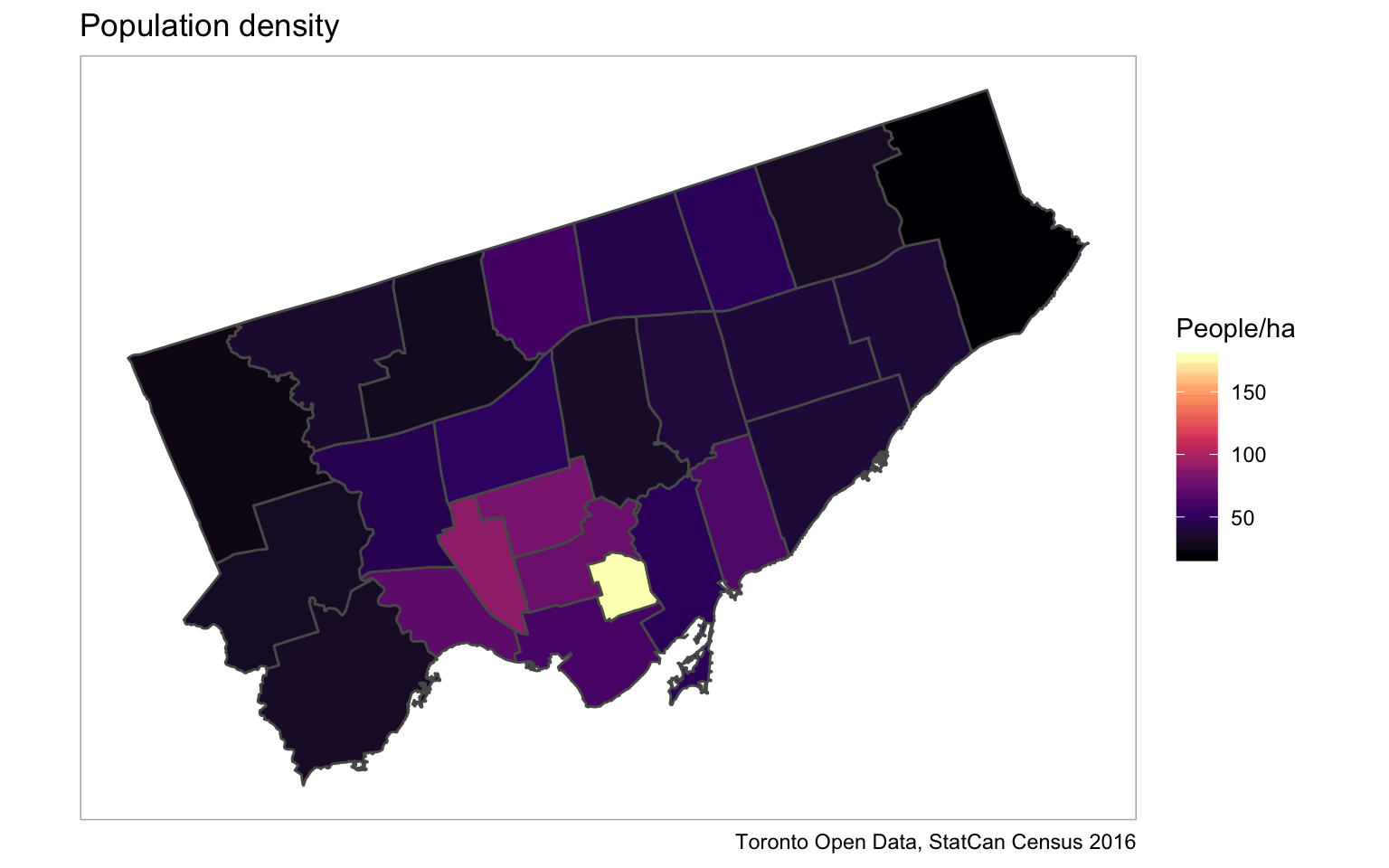 Now to more interesting things. Results aren’t all in yet, so let’s look at eligible voters, so citizens aged 18 and up. The only problem is, the city did not pull that variable for their custom tab.

What we need is to estimate eligible voters in each ward from regular census data. Enter TongFen.

The TongFen R package that automates the process of estimating census data for arbitrary regions. And we can use the dotdensty package facilitates using Dissemination Block population and region data to refine the estimate.

Before we get serious, let’s take this for a test ride and look at some census data that the City of Toronto did pull for the wards. And compare it to our TongFen estimates. 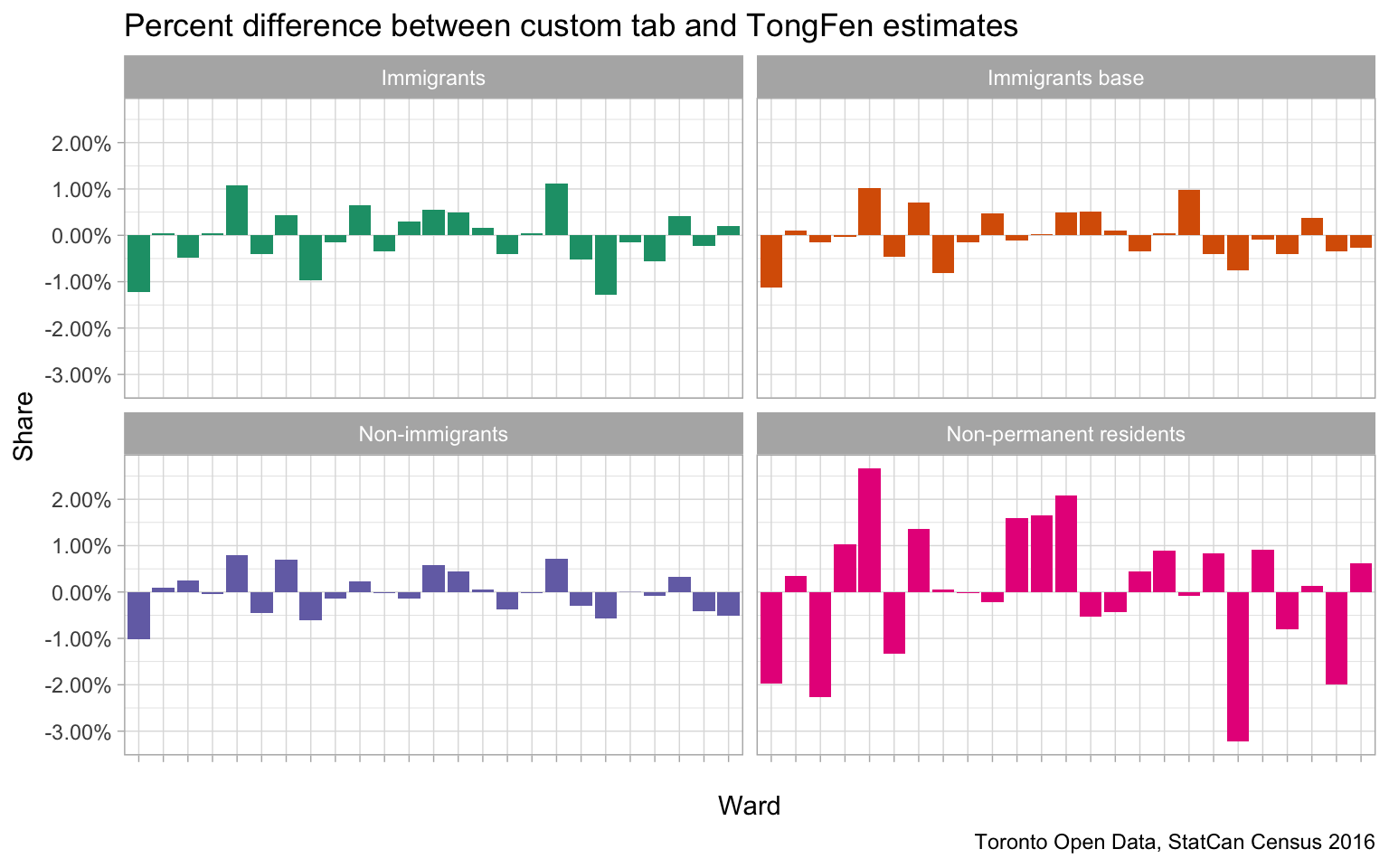 But if we are interested in derived quantities, like the share of non-permanent residents, then we should expect better results. I will spare you the math, but we expect some of the errors to divide out. And we can see this if we look at the difference in the percentage shares. 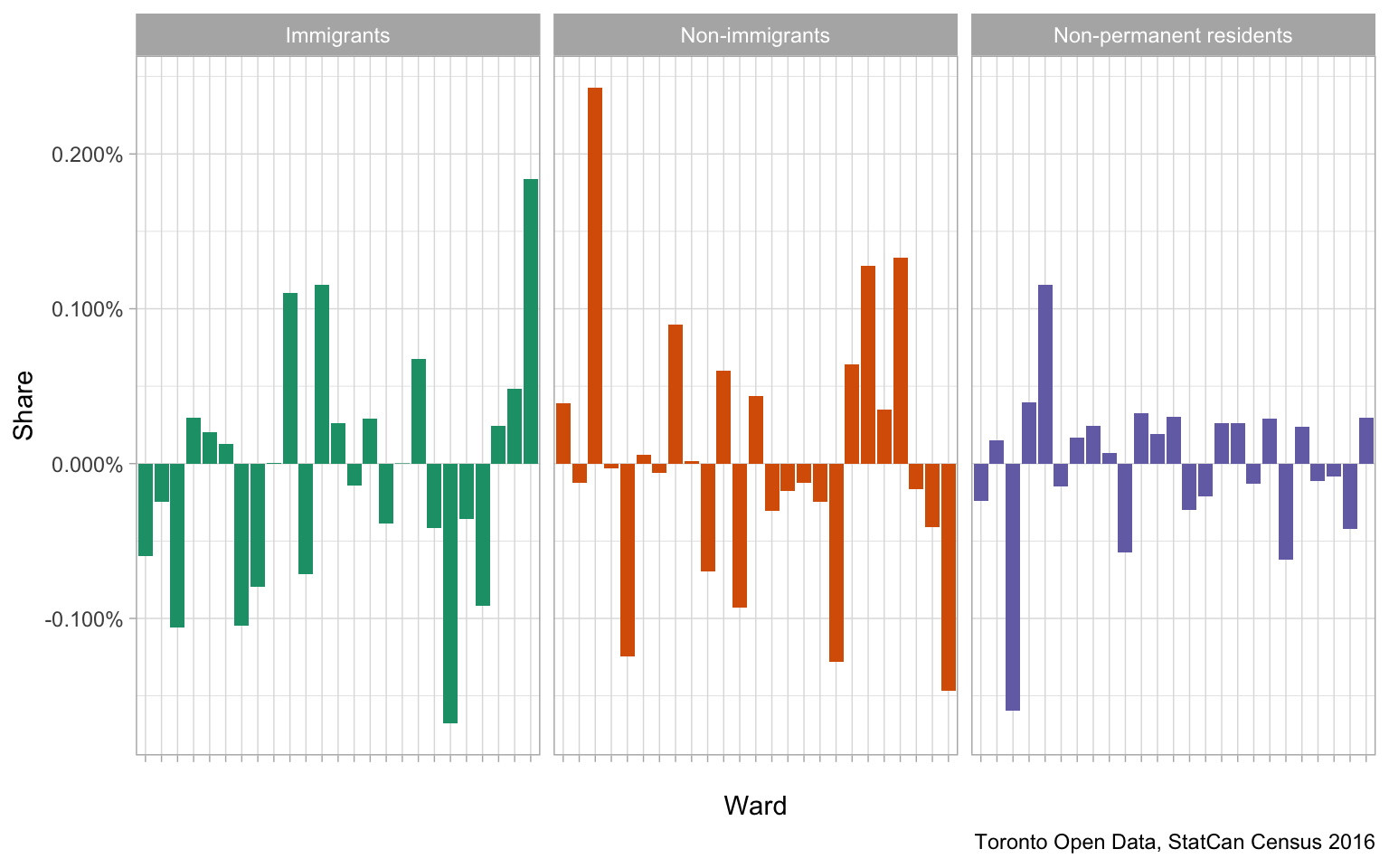 The come out consistently less than a quarter percent. That’s pretty good and gives us confidence that we can use TongFen to estimate the share of eligible voters in wards.

First let’s look at what fraction of eligible voters lives in each ward. 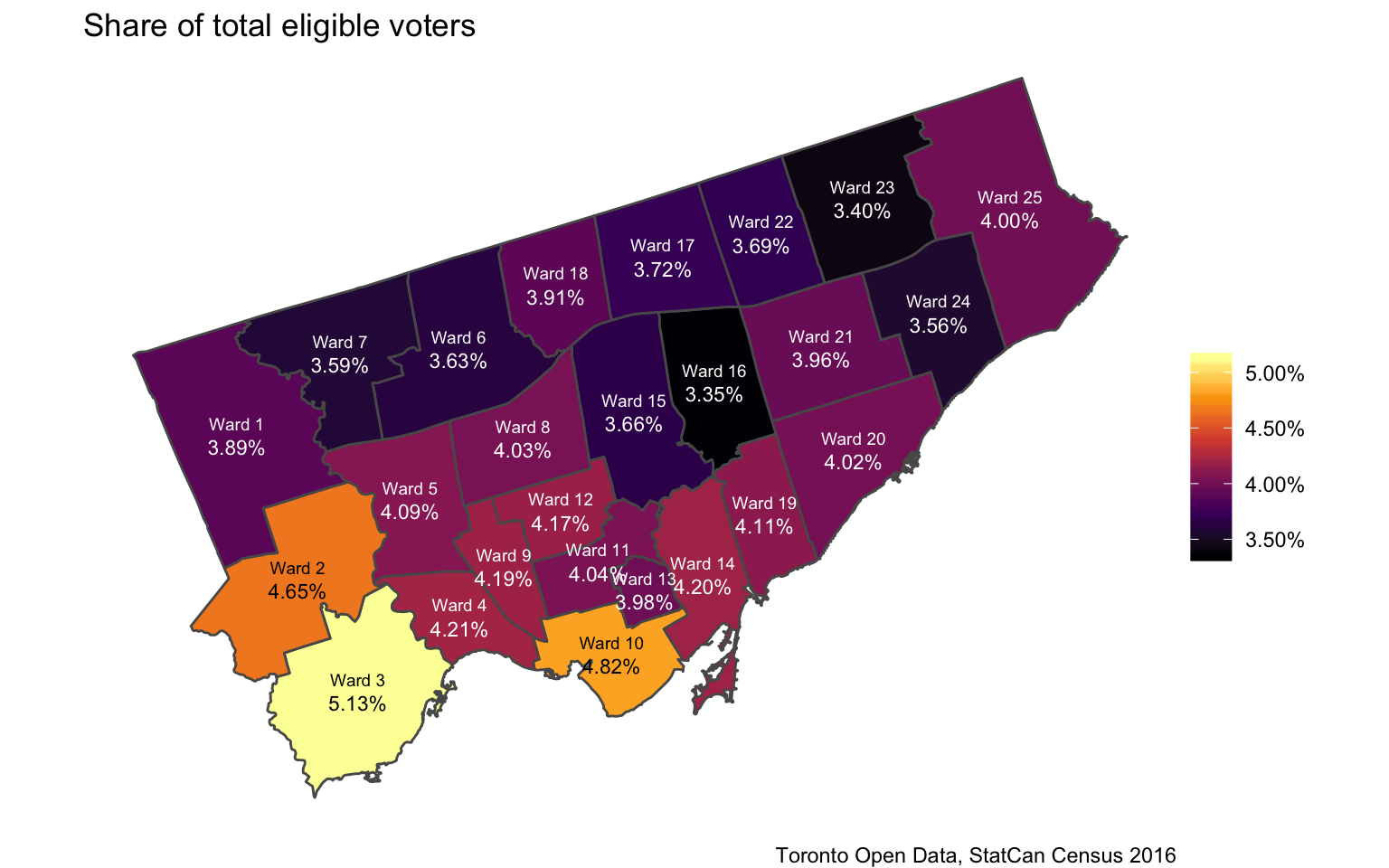 Ward 3 is definitely the winner, with 1.53 times the number of eligible voters than Ward 16.

I picked up that there are some discussions in Toronto to allow permanent residents to vote. And Doug Saunders argued this point earlier this year So let’s check what percentage of the adult population in each ward is not eligible to vote. (There is a slight issue in that citizen’s are only reported for the population in private households that we will gloss over here.) 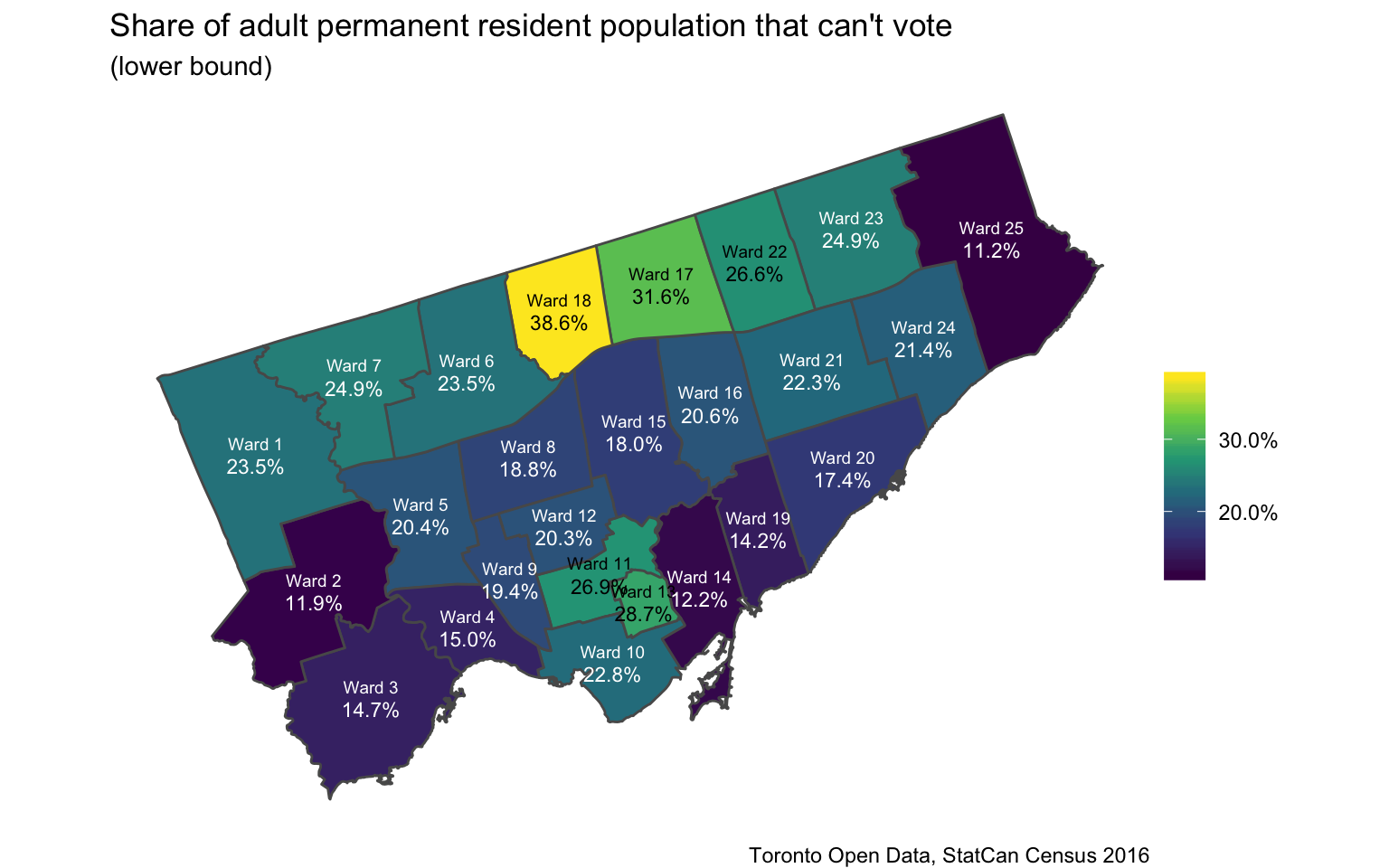 As expected this does not change things by much. 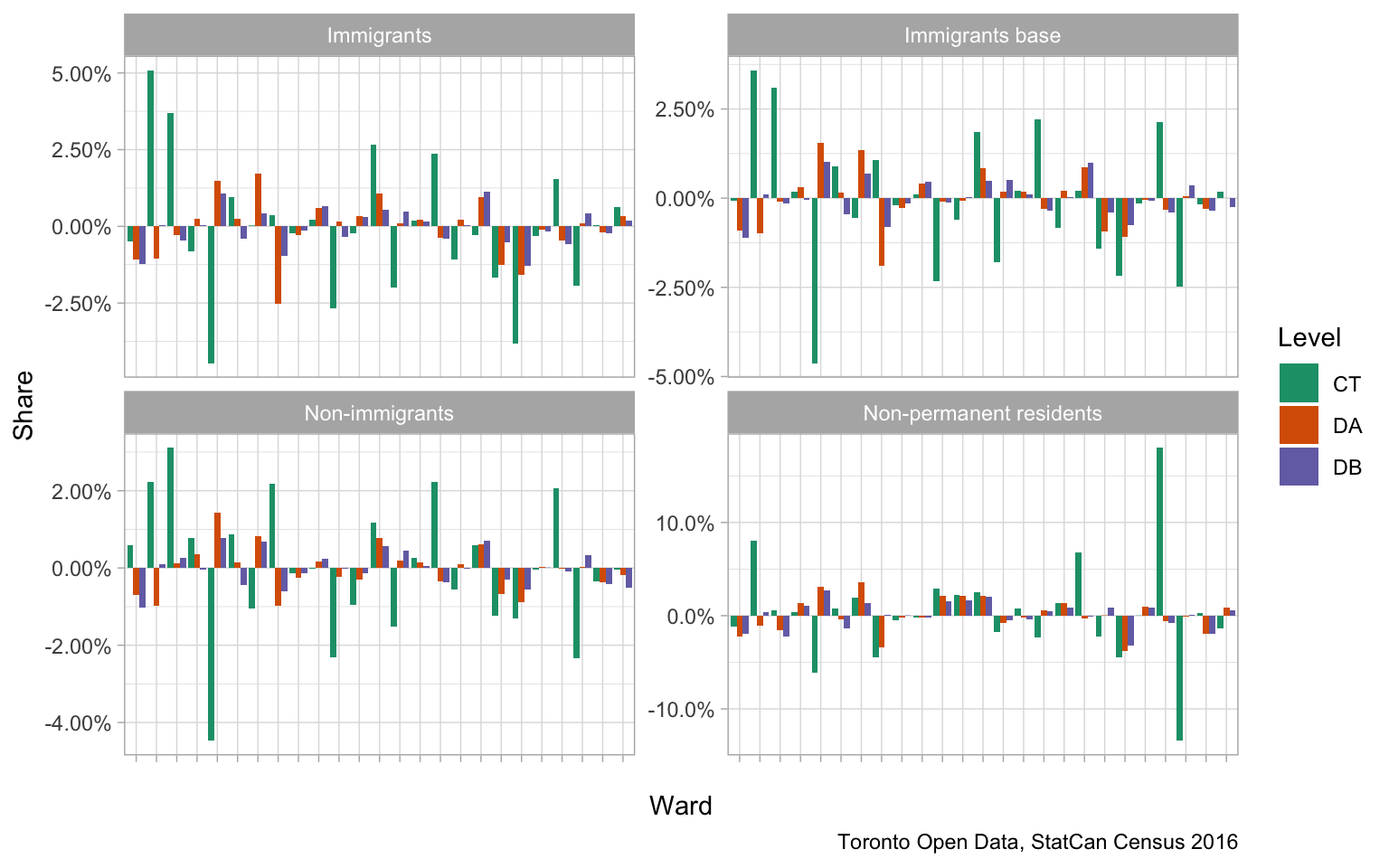 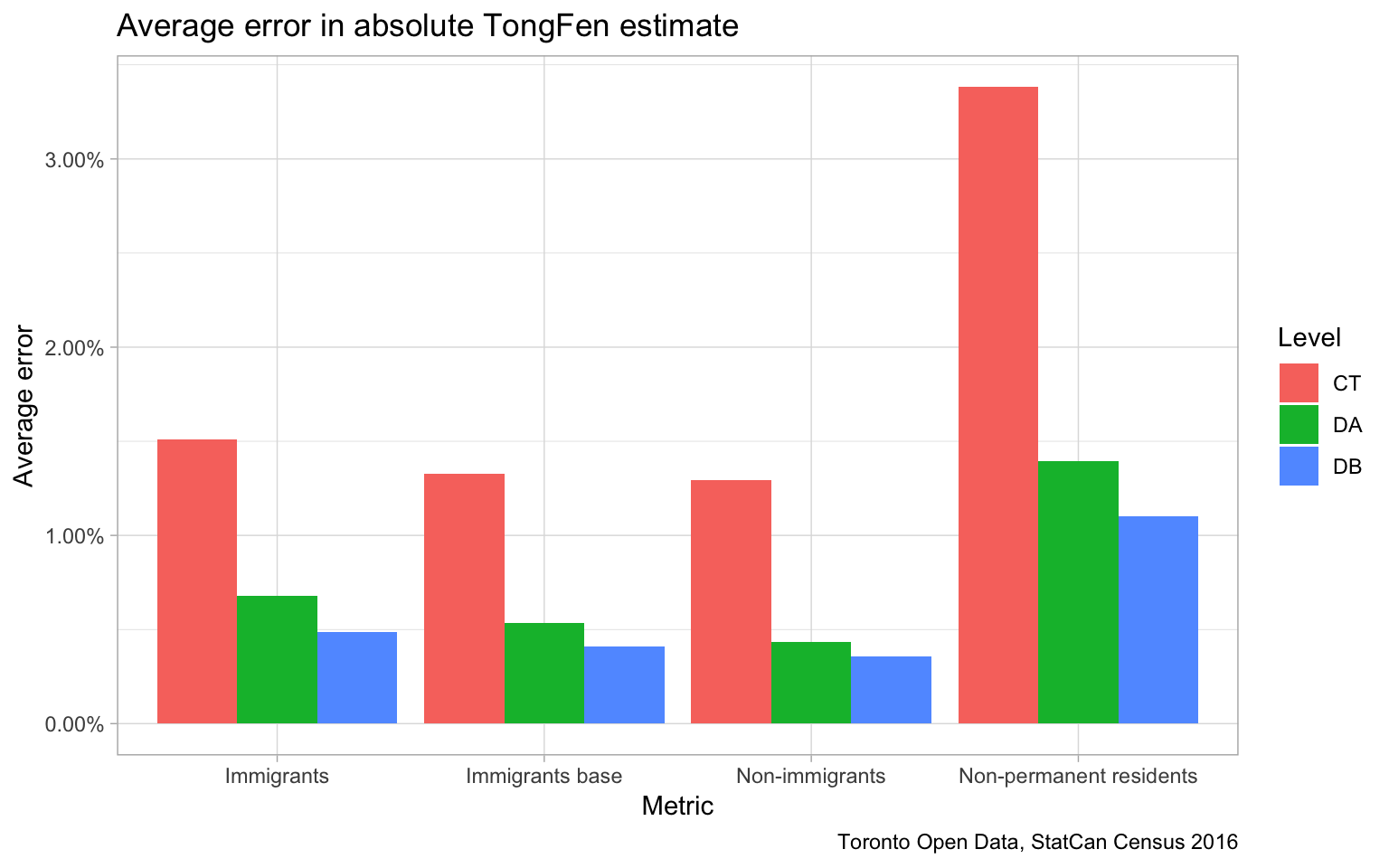 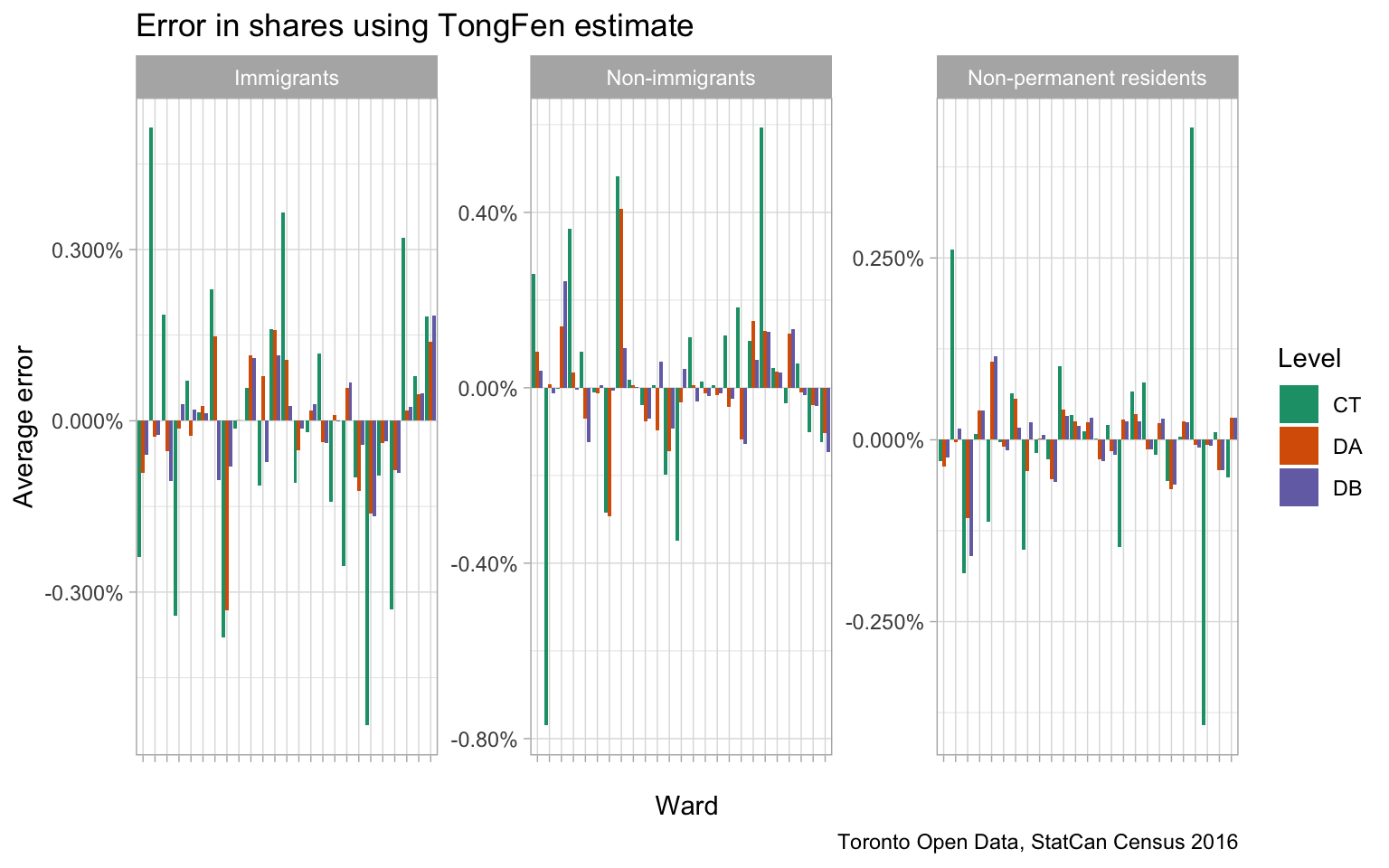 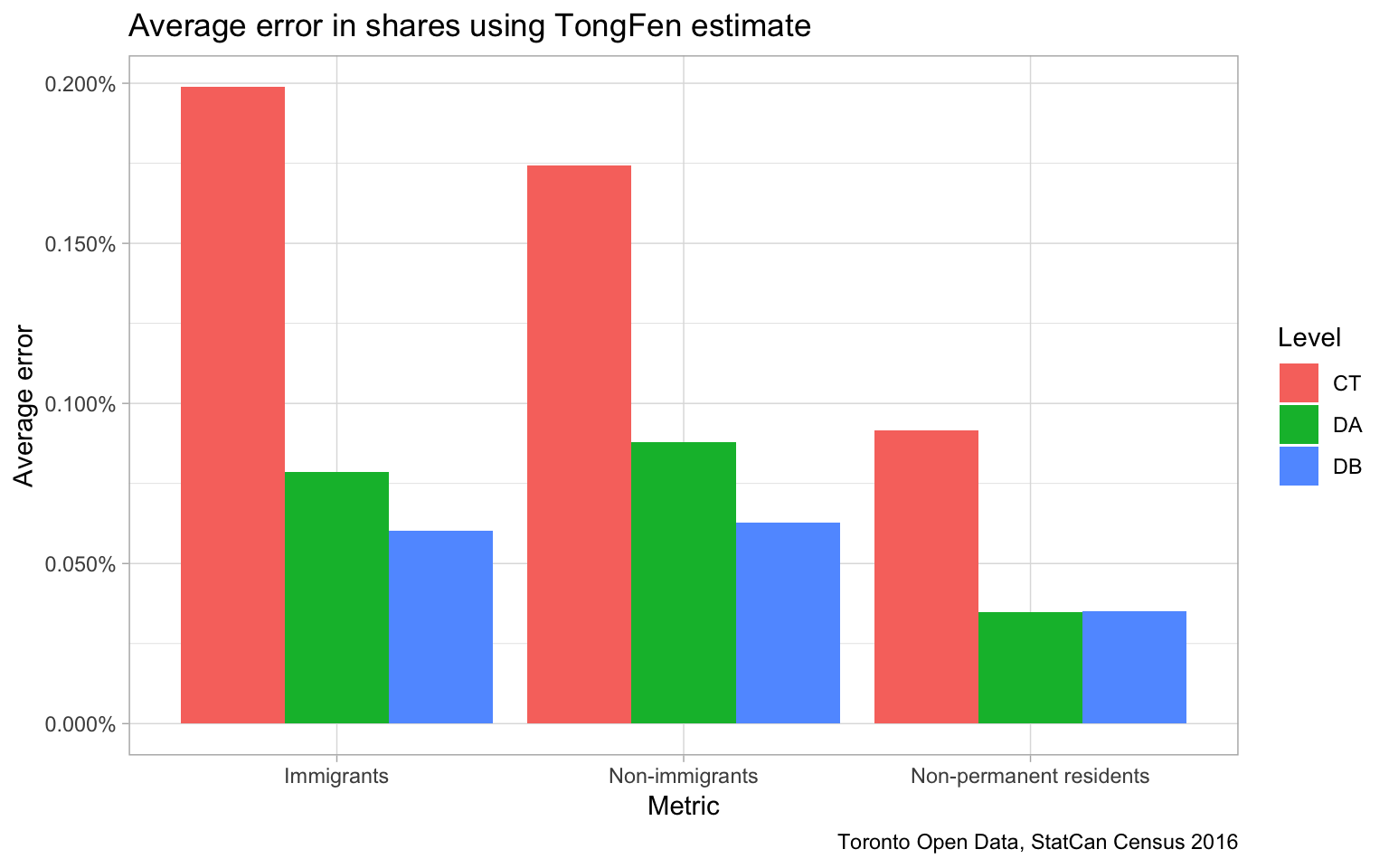 We see that census tracts can lead to very large errors. When using variables that have stronger spatial gradients this will be even more pronounced. That’s why trying to validate TongFen estimates is important. And of course doing the little extra work to take advantage of of Dissemination Block data. Incidentally, we suspect that the botched numbers that prompted our recent Vancouver eligible voter fact-check may have been the product of a poorly executed TongFen.

That’s it for tonight, I might do another post once the election data comes in. Or maybe someone that understand Toronto better is interested in grabbing my code and doing a more in-depth analysis.