Today I saw a particlarly uninformed tweet claiming that “the most important areas to densify are near transit and are mostly upzoned already”. I tend to agree with the first part, but the notion that our frequent transit network is “mostly upzoned already” is plain wrong. I suspect that a lot of other casual observers share the misconception. So I decided to take this as an opportunity for a quick post to quantify zoning in our frequent transit network.

When we (Denis and Jens) got together for coffee the other day, Denis showed off some maps of renter density in the frequent transit network that he was working on. The idea immediately clicked and we decided to work this out together. Motivated by the issue of renter demoviction caused by the 2017 Metrotown Plan, we set out to quantify how one could plan for displacement on a regional level, instead of treating it as an unwelcome consequence of development at the lot level.

The other day I saw a link to NASA active fire data fly by on Twitter. It’s a satellite-derived world wide dataset at 375m resolution, where one (or several) polar orbiting satellites scan earth in the infrared band from which fire and fire intensity is computed. Redding, CA With the Redding fire in the news I decided to take the data for a test drive. And also try out the gganimate package to watch the fire evolve over time.

Some time ago I saw Geoff Boeing’s excellent package to generate Jane Jacobs style street grid images. It’s lots of fun to compare different cities that way. It can be hard to represent one city by one square mile, so I thought it would be neat to use this to compare different parts of Vancouver. Some common themes emerge for the central parts, the more outlying areas display very differnet patterns. 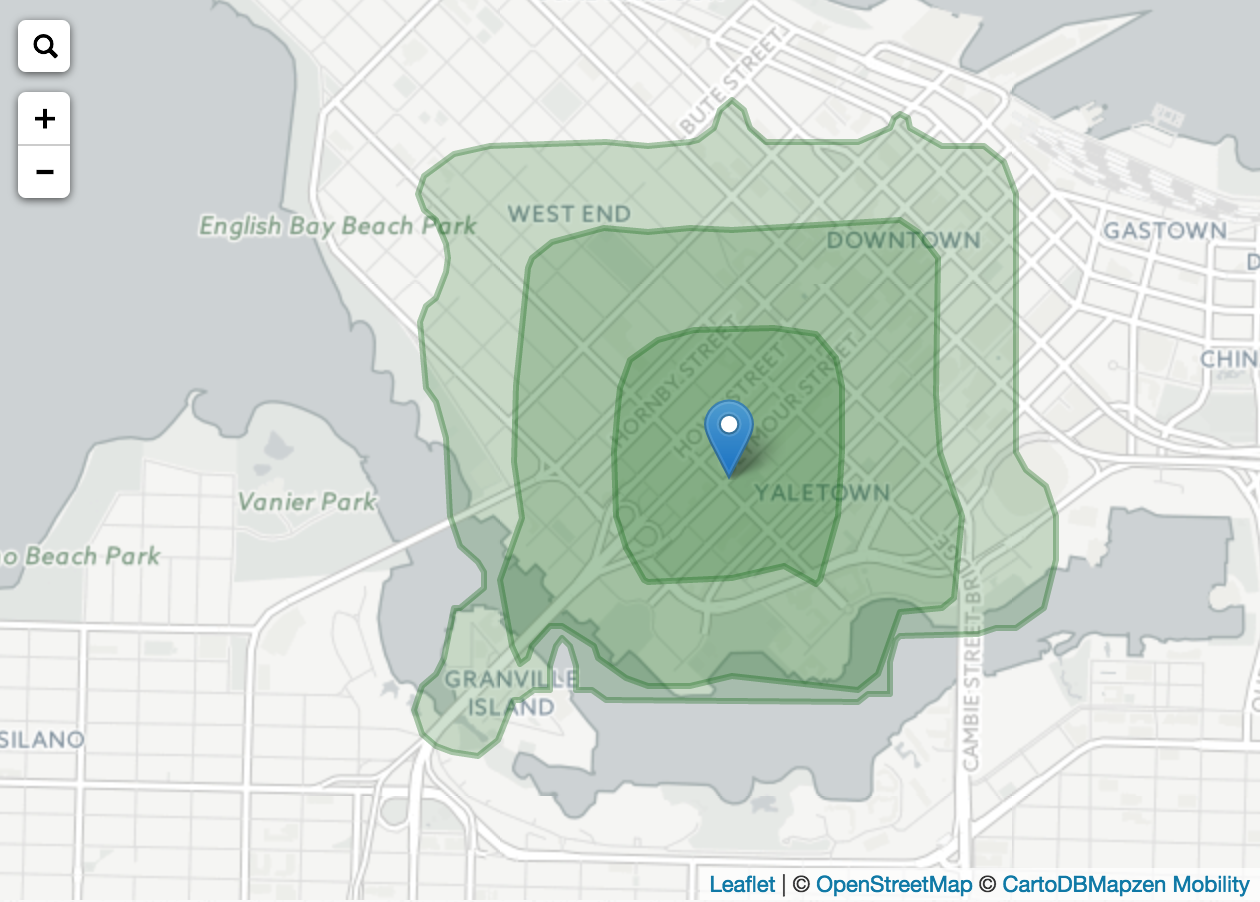 Mapzen again upped their game by publishing their Mobility API. This is super exciting for anyone interested in a whole range of mobility questions. A question I have seen is how to adapt that to specific needs. So here is a quick example how to customize walksheds. All we do is set up a quick map that computes the 5 and 10 minute walksheds when the user clicks on the map.