A friend of mine is looking for a new rental, which reminded me that I always wanted to do a quick map of rents near skytrain stations. Should not be too hard.

First we need the skytrain stations, which we grab from TransitLand using our transitland R package that we used before to look at transit frequency in Vancouver.

Mitchell Reardon asked me a question about lanes in the City of Vancouver: “Do you happen to have a figure (or quick way to calculate) the number of laneways in Vancouver, and the amount of space they take up?” I have looked at the overall space taken up by roads before using the Metro Vancouver land use dataset, but never looked just at lanes. But that’s easy enough to do thanks to the streets package in Vancouver’s Open Data Catalogue.

The other day I was catching a bus home later at night, which made me acutely aware that I should not take the frequent daytime transit in Vancouver for granted. On the ride home I decided to dig into this and grab some transit data. We have played with transit data before, but since this was going to be the second time it was high time for a quick R package to standardize our efforts and simplify things for the next time around. 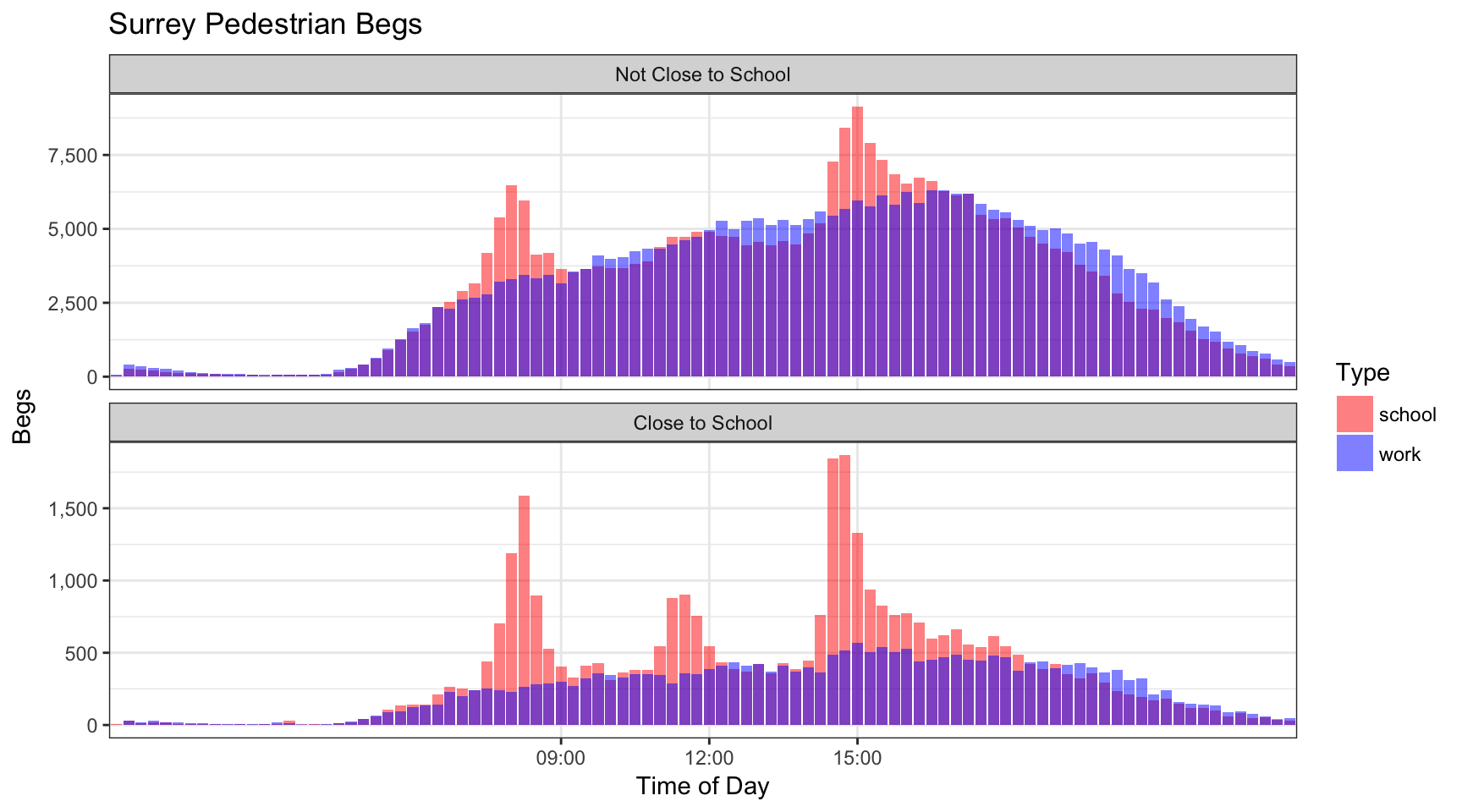 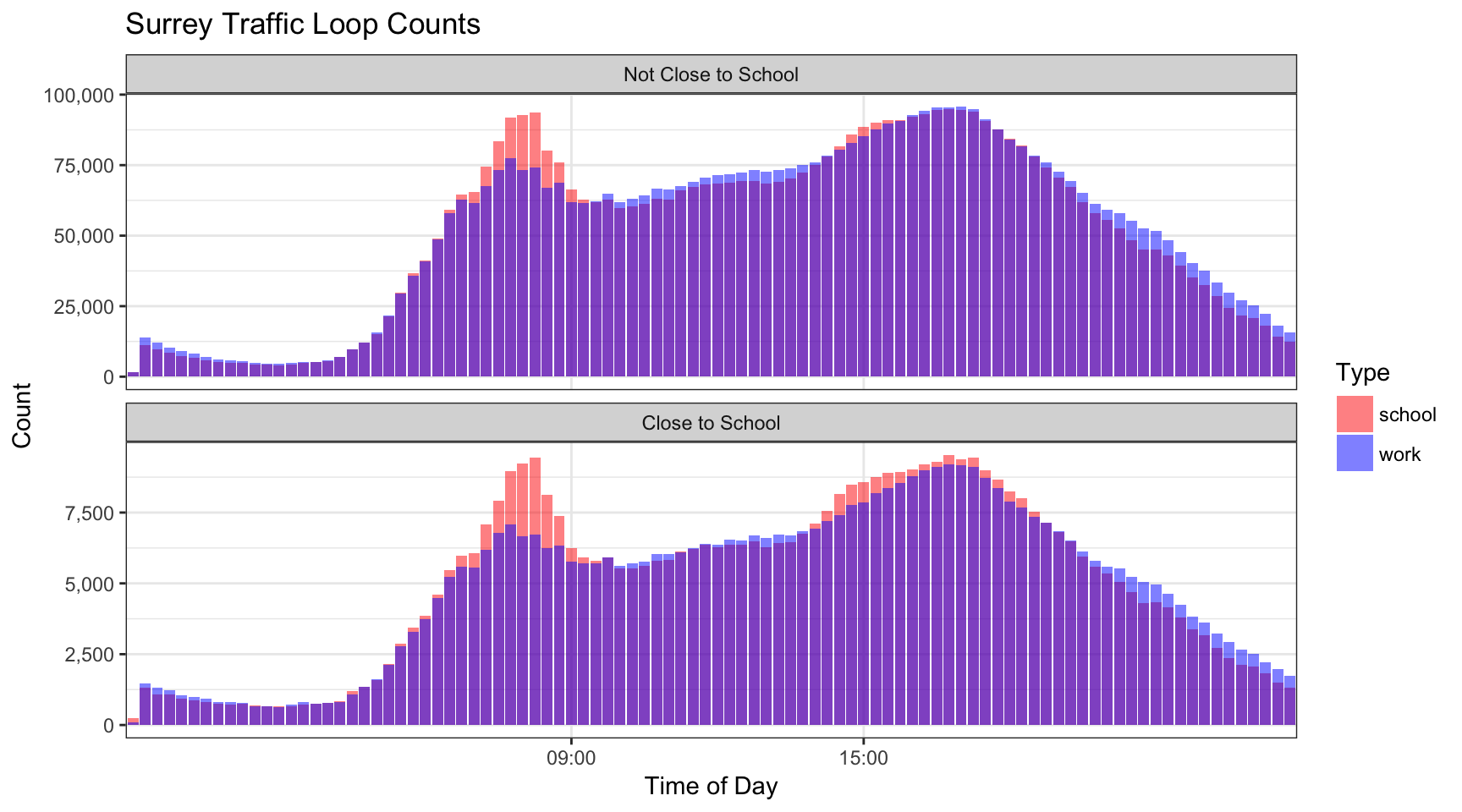 School has started, and with it debate about people driving their kids to and from school is flaring up. And again people are questioning how much traffic is caused by this. As someone who bikes to school with his son every day I am keenly aware of the traffic mess around schools. But since I choose not to drive regularly, I don’t have a feeling for broader traffic patterns on non-school days to compare this too.